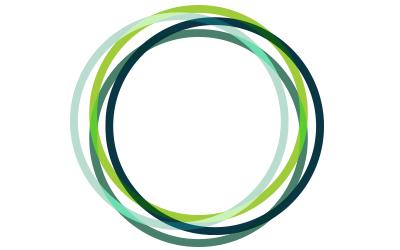 Fear is a powerful motivator of human behavior.  Every day, I see people holding themselves back because of fear, and the VUCA world that leaders face is teeming with fear-based situations.  But did you know we human beings come into the world only natural fearful of two things?  That’s right.  Every other fear is learned and developed, but the two fears we naturally have are the fear of falling and the fear of loud noises.  I don’t know about you, but I cannot say I spend a lot of my time worrying about falling or hearing a loud noise, so why does fear play such a prominent role, especially in a VUCA world?

Fear sits at the core of these beliefs.  Why? Because in VUCA we are constantly facing novel situations where there is no one right answer, there are myriad risks to moving forward, we have to be comfortable with experimentation/learning in an environment where leaders are supposed to know the answer, and because we are not (most of us) naturally risk-seeking beings.

In this blog post, I will describe four fundamental fears that are learned and honed over the course of our lives.  I see these four fears in almost every resistance to VUCA in the leaders I coach.  They are pervasive in teams and in organizations, and if left unchecked can paralyze your ability to move forward in the face of uncertainty and complexity.

Leaders who have advanced to their level often do it on the back of extreme confidence.  They cut through the complexity and boldly state what needs to happen to move a project forward.  They are celebrated for their self-confidence and knowing the right answers.

What I see happening, however, is when these people who have been so self-confident as individual contributors get into a leadership role they suddenly start to freeze in the face of VUCA situations.  When I explore this with them, they explain that they are fearful of making the wrong decision; there are so many perspectives for them to consider when making a decision, it’s almost easier to just not make a decision.  At the core of this is the fear of being wrong, something we don’t tolerate in our leaders.

I encourage these leaders to be open with their team about this paradigm they are operating in, one where people believe “the leader should always know the right answer.”  Shining a light on this paradigm, and ensuring it is not ruling the day on teams, helps teams and leaders move through this fear and into a more productive conversation.

This one is similar to the fear of being wrong, but it has its own distinct flavor.  Leading in a VUCA world requires a “beginner’s mindset”, one where experimentation and learning are celebrated equally, if not more than, knowing the right answer (Of course, in a VUCA world, there is no one right answer!).  This world of experimentation and learning requires a comfort with getting things wrong, taking a step back to learn, and adjusting strategy moving forward.

Unfortunately, this is not a common occurrence within teams and organizations.  We are again operating in a paradigm where the leader is supposed to know the right answers.  “That’s why they get paid the big bucks” is a common phrase I hear when interviewing people about their leaders in organizations.  What this sets up is a set of behaviors that are anxious, reactive, and unproductive.

Leaders get backed into a corner, forced to make decisions with incomplete information and perspectives.  This is ok as long as everyone embraces the “experimentation and learning” environment where it’s safe to fail.  However, when the leaders are operating in an unsafe to fail environment, they come face to face with the fear of failure, and their reactive tendencies to this situation drives a fight or flight type of reaction.

I again encourage leaders to talk with their teams about how they can collectively set up a learning environment.  We talk about VUCA and the difference between operating in a “complicated” environment where there are technical solutions to problems, versus complex environments where there is no one right answer and the system must be probed for suitable options to explore.

One of the executives I coach once said to me “Emotions should not happen in the workplace.”  This is a somewhat common refrain I hear from leaders, and it makes sense when you hold up the prototypical strong leader.  He/she is sure of themselves; confident; if there are emotions present they are ones that show the leader as strong and sure of themselves.  Emotions like sadness are seen as weak and unwelcome.

This is not the leader we are looking for in a VUCA world, but it’s one that is still a holdover from our past.  Today, emotional intelligence/EQ is viewed as equally, if not more, important to IQ in a leader.  Emotional Intelligence, stated simply, is the awareness of one’s own feelings and the feelings of others. It is the awareness that whether or not emotions “should happen in the workplace” they are happening, and they govern a lot of how we behave.

We are again struggling against a paradigm of “good leadership” when it comes to emotion.  I see so many leaders struggling to recognize their own emotions and the emotions of others, and this creates an environment where people do not feel safe to express themselves.  What happens as a result is people are relatively quiet in meetings, especially about topics where there could be conflict.  Meetings become purely informational/data-driven, and people leave feeling their humanity is being compromised.

I encourage leaders to become more aware of their emotions, naming them in the moment and also making note of where they feel certain emotions in their body.  This emotional awareness helps them to appear more human to their teams and opens people up to share more openly and honestly at work.

We are a social animal.  It wasn’t that long ago that we were operating in small hunter-gatherer tribes of 30-50 people, reliant on one another for safety and survival.  To be cast out from the tribe meant almost sure death, so we worked hard to operate within the social norms and rules.

This same dynamic is happening to us at work.  Teams and organizations set up unconscious rules and norms that form the organizational/team culture.  These rules state how people “get along and get ahead.”  They can be as simple as “don’t be late to meetings” and as complex as “don’t disagree with someone who outranks you.”  Whatever the rules, people learn them quickly, spread them to others, and watch closely to make sure they are being followed.

What this leads to is “group think” where a team or working group truly believes they have fully explored a given topic, when in reality they were all playing by the rules and just making sure they got along and stayed true to their tribe.  Stepping outside of these rules triggers the same fear-responses system in our brain that would have been triggered in our hunter-gatherer brethren, and the stakes (as far as our brain is concerned) are the same.  “If I speak up and go against the group, I may get rejected, and getting rejected is bad.”

I encourage leaders to talk with their teams about the unwritten/unspoken rules that govern “how things work around here” and to agree on a new value to “challenge convention” and to celebrate when someone does this rather than punish it.  Getting a team to “step onto the balcony” to view itself as a system of interactions and rules helps teams get out of the cage they are operating in and that keeps them stuck in group think.

Yes, we are an evolving species.  We continue to learn new ways to operate and we are adjusting to a VUCA world.  However, it was not too long ago that we were in much more hostile conditions where being wrong meant we were lunch for a saber-tooth tiger; failure meant we might not have shelter to keep us warm and dry; emotional discomfort meant we were in an uncertain and perhaps dangerous situation; rejection meant we had violated the rules of the tribe and were being cast out into an unfriendly and lonely world.

Becoming aware of these four fundamental fears and how they govern you, your team, and your organization is the first step to diminishing their power.  Shine a light on them, together if possible, and support one another to move through the fears into more productive behaviors that will allow you to thrive in the VUCA world.